When Luke sets out to tell the story of Jesus’s life in his gospel, he includes a well-known description of his birth. The ESV (which I normally like!), reads:

In those days a decree went out from Caesar Augustus that all the world should be registered. This was the first registration when Quirinius was governor of Syria. And all went to be registered, each to his own town. And Joseph also went up from Galilee, from the town of Nazareth, to Judea, to the city of David, which is called Bethlehem, because he was of the house and lineage of David, to be registered with Mary, his betrothed, who was with child. And while they were there, the time came for her to give birth. And she gave birth to her firstborn son and wrapped him in swaddling cloths and laid him in a manger, because there was no place for them in the inn (Luke 2.1–7). 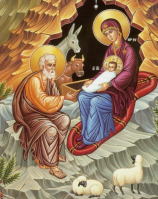 This picture is well known to us: we have all seen any number of “nativity” or “manger” scenes! and they all focus on the same sorts of things: Jesus’ parents were unable to find room in a hotel and thus Mary gave birth in a barn. After all, that’s what it says. Except, that it doesn’t quite say that.
The “inn” in which there is no room isn’t a hotel, but someone’s (probably one of Joseph’s relative’s) home whose spare-room is already filled with guests! There are two main pieces of evidence which drive us to this conclusion. The first is lexical; the second is contextual.

Let’s look at the lexical argument, first. The word used for “inn” (κατάλυμα) did, and in some places, does refer to a hotel-like structure built for strangers to stay the night. This is the more common usage in classical Greek, for example. However, even in this period it tends to refer to a single room that may or may not be used for visiting family or else renting out for specific usage (we might think of a spare room for an Air BnB?). But in Luke, and in the gospels more generally, a κατάλυμα doesn’t refer to a hotel at all, but a “spare room” just like the one that Jesus rents to take the Passover with his disciples (Mark 14.14; Luke 22.11). Luke is consistent with his usage: when the Pharisees and other religious types are angry that Jesus has gone to the house of Zacchaeus the tax collector to stay and the people say, “He has gone to be the guest (to be given hospitality in the house) of a sinner!” (Luke 19.7) the word for “be a guest” is the verbal form of κατάλυμα (καταλύω). And, lastly, Luke knows and uses a different word for “hotel” (πανδοχεῖον) in the way we think about it, which he uses to describe the place that the Good Samaritan takes his charge on a well-known road and pays the innkeeper to care for the stranger (Luke 10.34).
But the stronger argument is the contextual (or, perhaps, archaeological). I grew up around horses and cattle and we had several different barns. Our barns were—like most living in the US today—free-standing structures kept away from our house in order to keep the stench far away from the house. But, in ancient Israel, they didn’t have these sorts of structures. Instead, animals stayed in the downstairs of the house. This is what Jephthah was expecting when he vowed, “Whatever comes out of the doors of my house… I will sacrifice to the LORD” (Jgs 11.31). Although the houses present in the 1st century had evolved from the better-known “four room house” of Iron Age Israel, the most important aspects (from our perspective, here) remained: there was a larger central courtyard on the first floor which was used for animal and work space.
There is no inn, no innkeeper, and no stable. What we find instead is a place to stay that is cramped and surrounded by family.
I like helping us better locate the stories of the Bible in what actually happened, and I’m not the first to make some of these connections. But I bring this up because I think it helps change some of our interpretations and understanding about what is going on in Luke’s gospel.
First, Luke doesn’t portray Jesus’ birth as out in the cold, alone and friendless among the animals with none but shepherds to celebrate his birth. Instead, at his birth we see an image of what could have been, and what should have been for the rest of his life: he is surrounded by his own people, encompassed by his joyous relatives, celebrated and marveled at by all of those in the area (much like what we see with Ruth).
Indeed, this picture of joy and acceptance fits with the rest of what Luke tells us about Jesus’ birth. Luke tells us that at the same time as Jesus’ birth an angel appears to a group of shepherds who, after hearing the angelic pronouncement of “Glory to God in the highest, peace on earth among those with whom God is pleased!” (Luke 2.14) accompanied by the heavenly host, rush to join the throng around Jesus (Luke 2.15–17). When they get there, they related “the saying that had been told to them by the angel concerning the child and all who heard it wondered” (Luke 2.18). This all who heard wasn’t just Joseph and Mary stuffed in a cold, lonely barn, but a household full of relatives who are celebrating the birth of a child. Albeit, a child they do not fully appreciate.
But this situation at Jesus at his birth—beloved by his relatives, supported by family, and celebrated and cheered—does not last.
As John begins, thinking of Jesus’ end, “Jesus came to his own people, but his own people did not receive him” (John 1.11). We read that, before his death and resurrection “not even his brothers believed him” (John 7.5). Stephen, recounting Jesus’ lift, compares him to Joseph, whose brothers sold him as a slave to Egypt (Acts 7.9–16).  Indeed, it was Jesus’ own people who reject him, proclaiming “give us Barabbas!”
Jesus’ birth is a reflection of his death because it begins in celebration, but only until the people understand who Jesus really is. When Jesus entered Jerusalem the last time, it is to great tumult, joy, and celebration. As he draws near, on the way down from the Mount of Olives, we read that people surrounded him and “began to rejoice and praise God with a loud voice for all the mighty works that they had seen, showing ‘Blessed is the King who comes in the name of the LORD! Peace in heaven and glory in the highest!” (Luke 19.37–38), which should remind us of what the angels shouted as Jesus’ birth, “Glory to God in the highest, peace on earth among those with whom God is pleased!” (Luke 2.14).
And yet, in spite of this glorification, they do not understand what it means at this last week of his life any more than they understood it at his birth.
The people rejected the stone that God wanted to become the chief cornerstone (Luke 20.17), they sought to land hands on him and put him to death (Luke 20.19–20), and eventually accomplished what Herod attempted at his birth—put him to death.
Now, some of that is graspable if you believe Jesus’ parents couldn’t get a room at a hotel and were stuck out in the barn without anyone around, but it’s unlikely. Realia matters; words matter; and context matters. 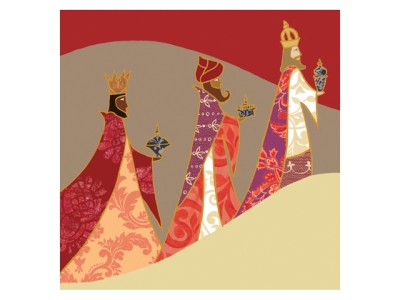 2 thoughts on “Animals and Babies, Homes and Barns: Why Modern Perceptions Conceal the Point of the Nativity”