After a relatively easy first few days, day three is really when we got started.  Our day started outside of the Jaffa Gate to the old city and we proceeded to tour the outside of the walls with David Illan.

We looked at a number of early tombs (mostly 2nd temple period), and the walls (you can see the remains of the tombs in the picture below on the bottom left).

We worked our way around the walls, stopping to comment on various episodes and features of the sites as we passed along, whether that be about the ancient aspects of the walls and gates (such as pointing out and commenting on the strata of the walls) or the more modern aspects (such as when the Zion Gate below was stormed by Israeli troops; see the bullet holes marring the gate?) 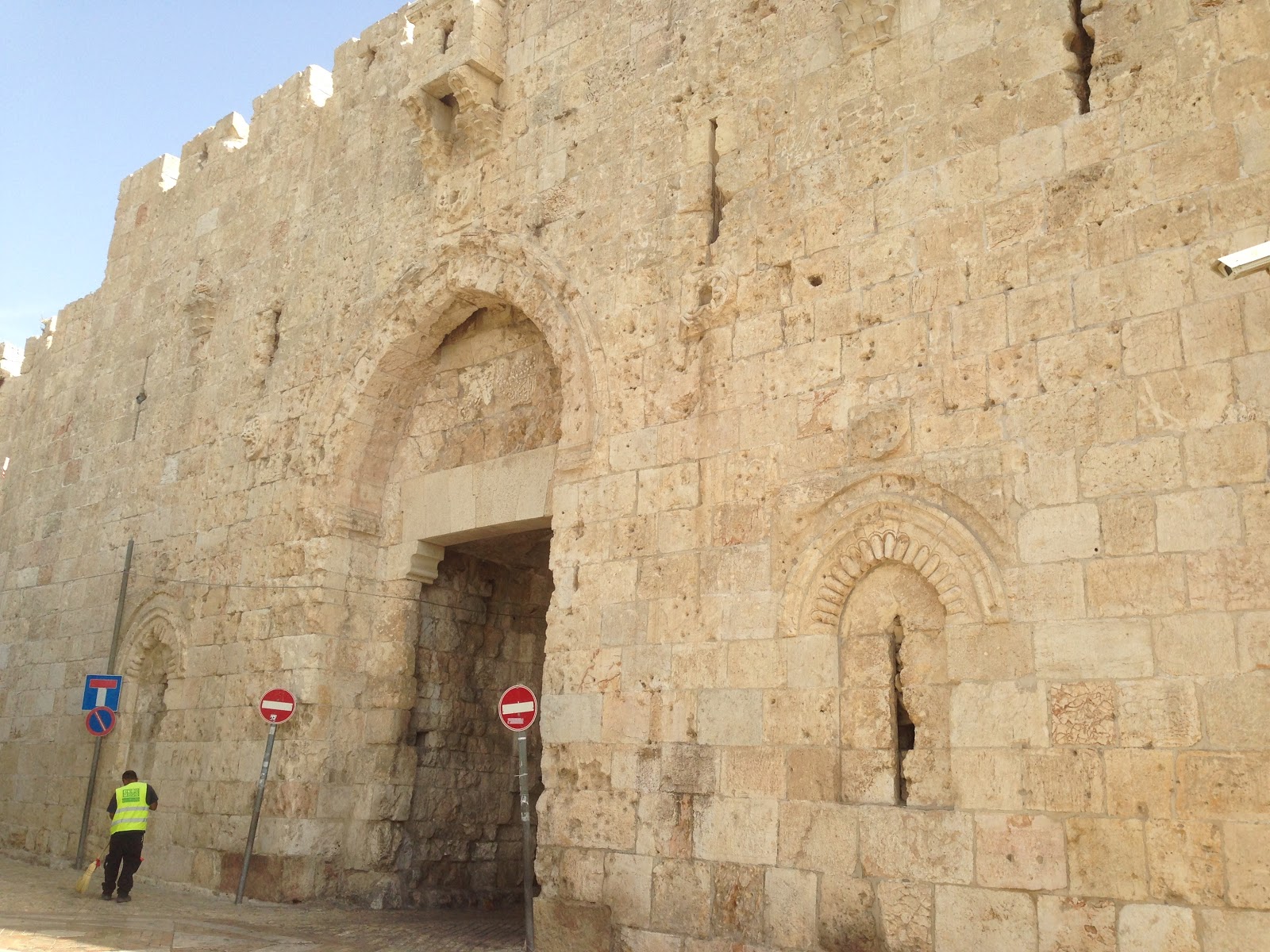 We continued around the walls and moved into עיר דוד , the City of David–i.e., the area of Iron Age I occupation. 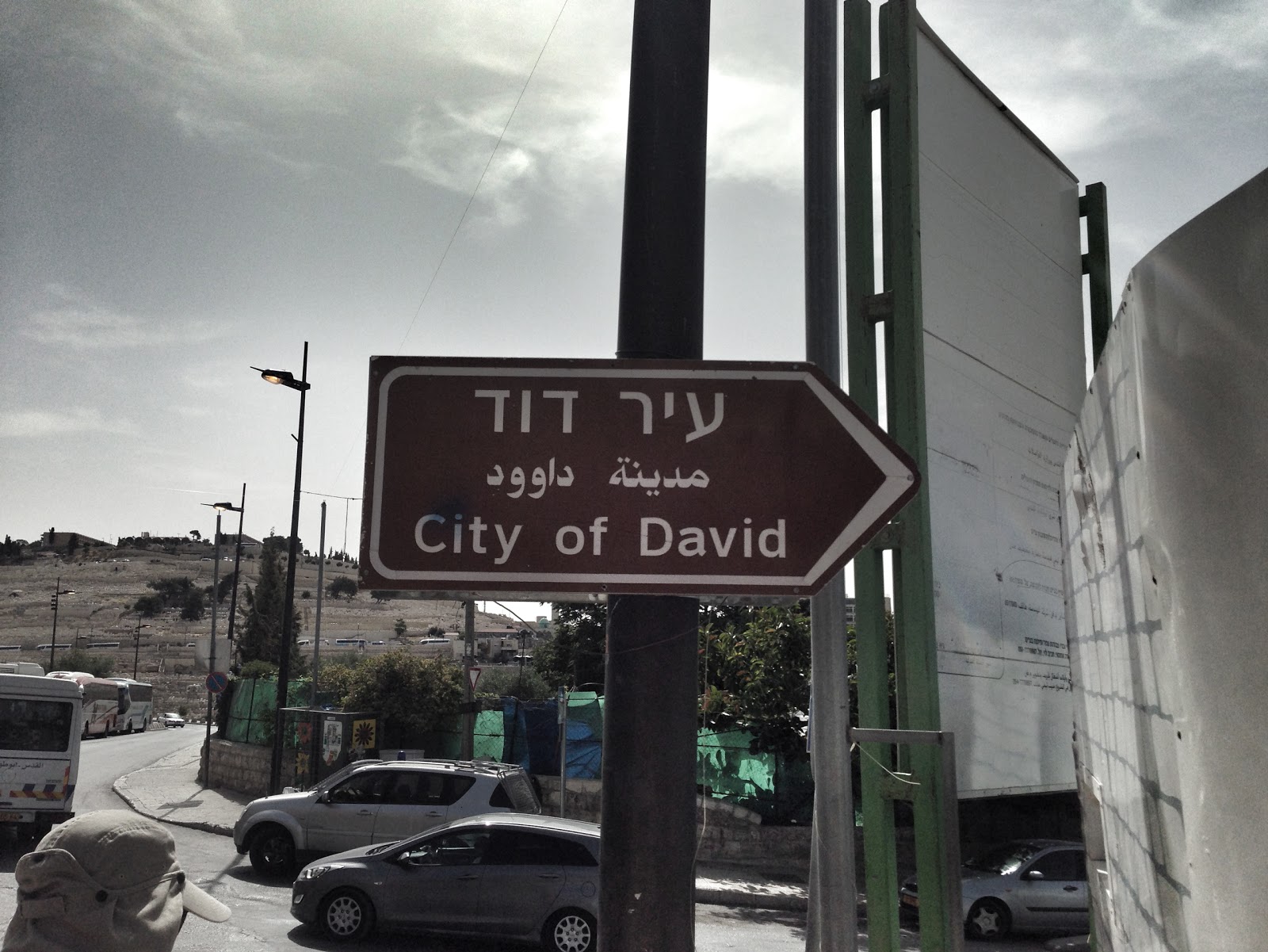 Once there, we viewed excavation points of both K. Kenyon and E. Mazar, including the Persian house of the silver hoard (where, among other things, a number of seal impressions were found with names and positions corresponding almost exactly to ones found in Jeremiah), the Stepped Structure (which some thing was a retaining wall for David\’s Palace, but others vehemently disagree), and other finds.

The day culminated in my favorite thing we\’ve done thus far: Hezekiah\’s Tunnel.  Sadly, I didn\’t get any good pictures of the tunnel because I was in ankle- to thigh-deep water (so I didn\’t want to lose my camera / phone / posting device) and it was quite dark. 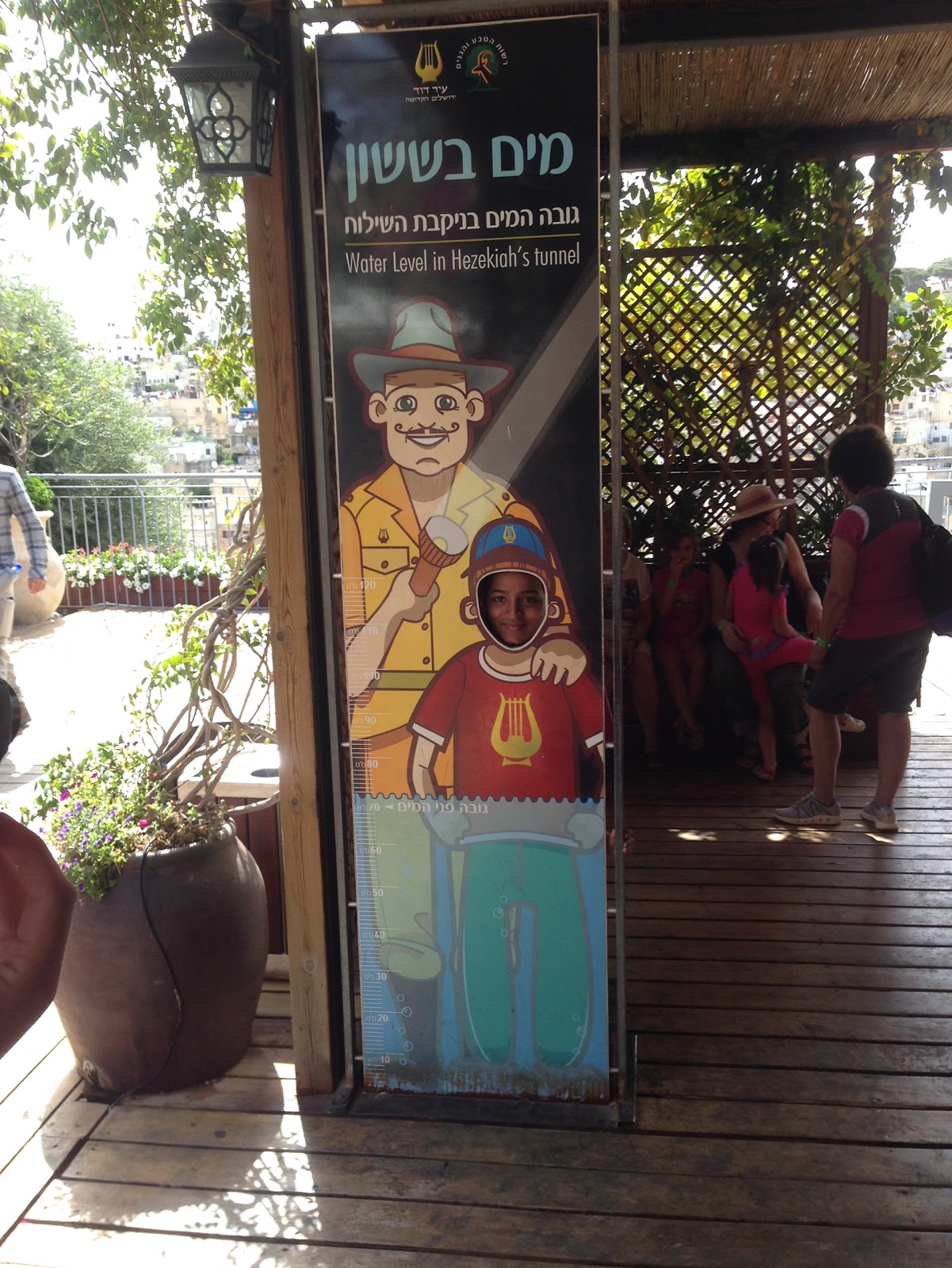 Here\’s Pratimah showing how deep the water is.

However, lots of other people have made some excellent shots of the tunnel that you should check out.  You may also want to a gander at some more of the information found elsewhere (BAR has a number of easy-to-read articles on it, and even the wikipedia entry is decent). I\’ll probably write a post just about Hezekiah\’s Tunnel (and its corresponding aspects) later, but there\’s just too much to talk about here.

After going through the tunnel (which was amazing) we had a grueling hike back up from the city, through a very meandering route back through the old city, and then back to our apartment.  Let me say this about our Israeli Archaeologist–his stamina shamed us. By the time we got back, we were weak, doughy, and groaning.  It was 100% worth it.